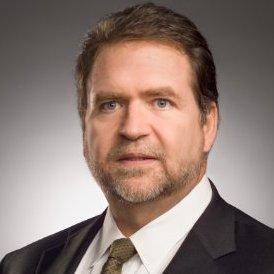 Robert Madsen is an expert on global economics, politics and geopolitics who advises investment groups and operational companies.  Among other positions, he was Asia Strategist at Soros Private Funds Management, Executive Counselor at Unison Capital (Japan’s premier private equity firm), Advisor and Limited Partner in the Robert M. Bass Group’s operations in Japanese real estate, and Senior Economist at an Asian fund of funds.  He has also enjoyed long-term consulting relationships with Caxton Associates and one of the super-major oil companies and has done specific projects for a dozen other financial institutions as well as for firms in the public relations business, and in the automobile, real estate, hospitality, mining & minerals, and technology industries.

One of Madsen’s resources is strong relationships with experts and decision-makers in several governments, multinational organizations, and academia.  He has advised three foreign ministries, two finance ministries two central banks, and a number of other agencies.  He also worked for the Economist Intelligence Unit from 1997 to 2013, writing many of their country reports and forecasts as well as contributing to regional and global analysis.  He was a Fellow at Stanford University’s Asia-Pacific Research Center from 1997 to 2004 and then Senior Fellow at MIT’s Center for International Studies for over a decade.  These connections allow him to bring governmental, academic and business perspectives together in evaluating particular international developments or investment questions.

Robert's articles and interviews have appeared in the BBC, CNBC, The Economist, the Far Eastern Economic Review, the Financial Times, Foreign Affairs, Foreign Policy, The National Interest, the Nikkei Newspaper, NPR, the McKinsey Quarterly,  the New York Times, the Wall Street Journal, the Washington Post, and other fora. Several times a year he speaks on economic and political subjects to business conferences, industry associations, government groups, and civic organizations.

Show full biography
No reports available for this expert.
December 31, 2017

The Year of the Dictators

Peter Tasker - Why Asia Should Care about Brexit?